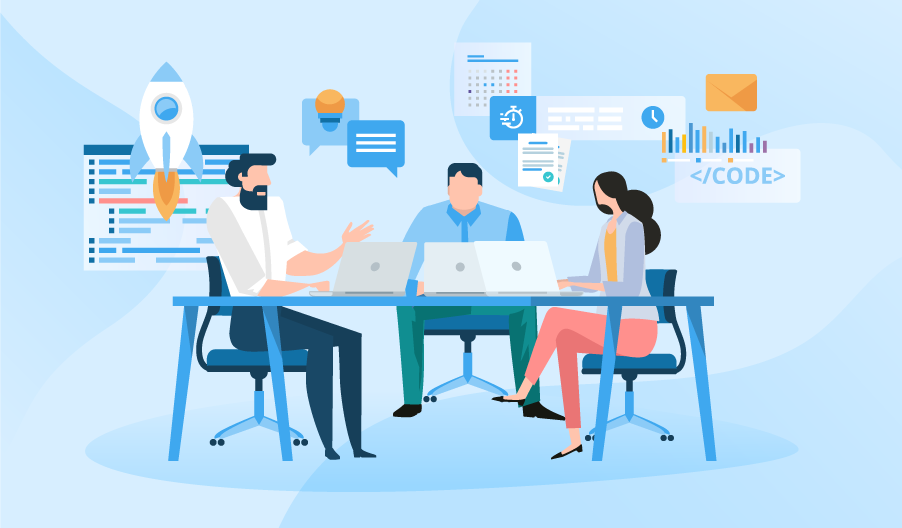 The State of Developer Ecosystem Report for 2021

Our annual State of the Developer Ecosystem report is here! We surveyed 31,747 developers in 186 countries or regions in 2021 to figure out what's going on. We did this survey a few years ago. Here's the report for 2021. Check out some of the main points and details on different languages and software solutions. 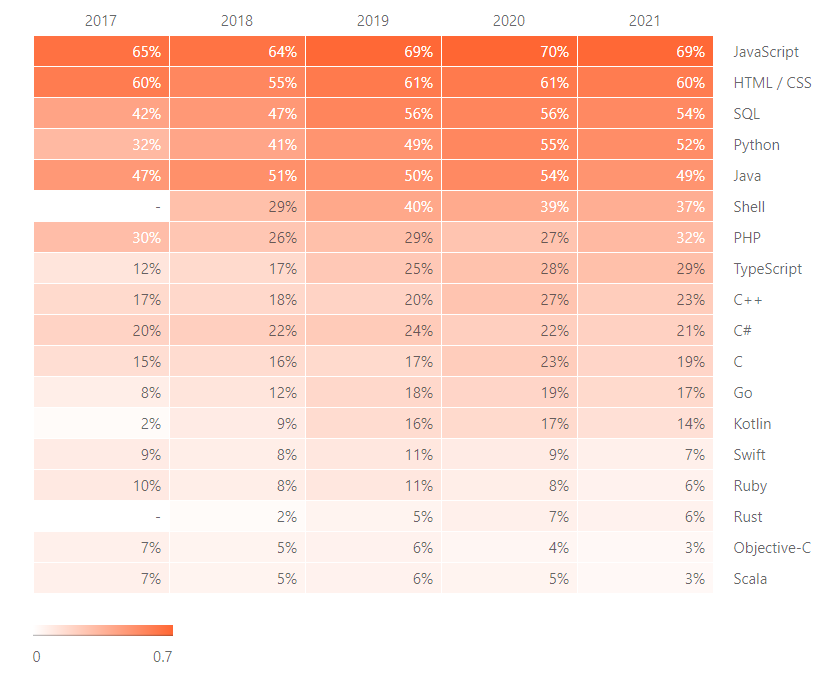 Some changes were made to the survey methodology between editions. As we expanded geographical coverage in 2021, some languages had different shares. PHP, for example, has a 3 percentage point higher proportion than in the initial countries, and Python and Java have a slightly lower proportion.

It is interesting to note that C# usage over the past year has been relatively constant for most of the year. Three-quarters of the participants have been using the latest release of C#, C# 9. However, most participants still use older versions of C#. Comparing these statistics to last year's, we can draw conclusions. While version 5 seems to be more popular than version 6, it seems that many have moved to C# 8 or 9. On the basis of this chart, it is hard to gauge which framework folks migrated from and to, but it appears they mostly migrated from version 7 to version 9, but we cannot be sure. Good progress!

The Bitsorchestra employees discussed some of the insights they gained after reviewing the results of the survey.

My observation is that C# developers target newer versions of the language, but do not use all the features of the language at once. You can learn about the latest features in C# by inspecting language usage and performing quick fixes with ReSharper and Rider.

Installing Windows .NET Runtime has been completed. Despite its use of .NET Core remaining stable, the company continues to use it. Nevertheless, approximately 13% of all applications use the .NET Framework. In recent years, .NET Core has been rebranded as .NET, which has led to some confusion. About one third of developers are using .NET 5 according to a study conducted last year. Even so, .NET remains a powerful and mature platform for developers despite its still-maturating status.

JetBrains' Maarten Balliauw discusses the general types of projects within the .NET Framework and the .NET Core framework.

More than half of .NET developers use C# along with a web language (43%).

There are a few of the responses in the following that could theoretically be classified as "Of course, they could have guessed that," however there is a twist. Microsoft Windows systems are used for 61% of .NET development. It's no surprise. With 47% usage, Linux placed second to macOS, surprising many people.

The purpose of this article is to highlight some popular projects using .NET and .NET Core.

Rider is still the most popular IDE despite being quite popular. Rider is one of the top three most popular tools according to the latest survey from StackOverflow. Rider's simplicity and power make it appealing to many users.

A survey was conducted to find out what tools developers used for troubleshooting and analyzing the health of their applications. Diagnostic tools are uncommon among developers. So what's going on? What's going on? What's the problem with developing great software?
You can detect errors in your software and correct them by using dotMemory and dotTrace. 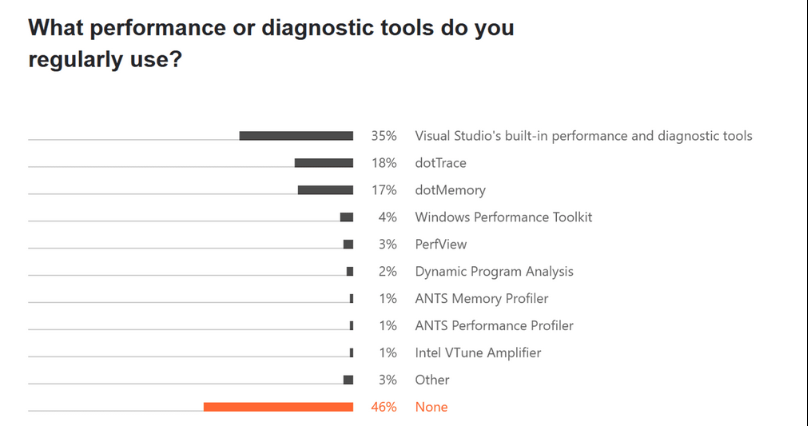 The .NET community continues to use products relatively steadily in comparison to last year. You can learn what other communities are doing by reading the entire Developer Ecosystem report. Let us know what you think.

The Drive to Develop