How to benefit offshore .net development in Eastern Europe: Why can it be your best solution? 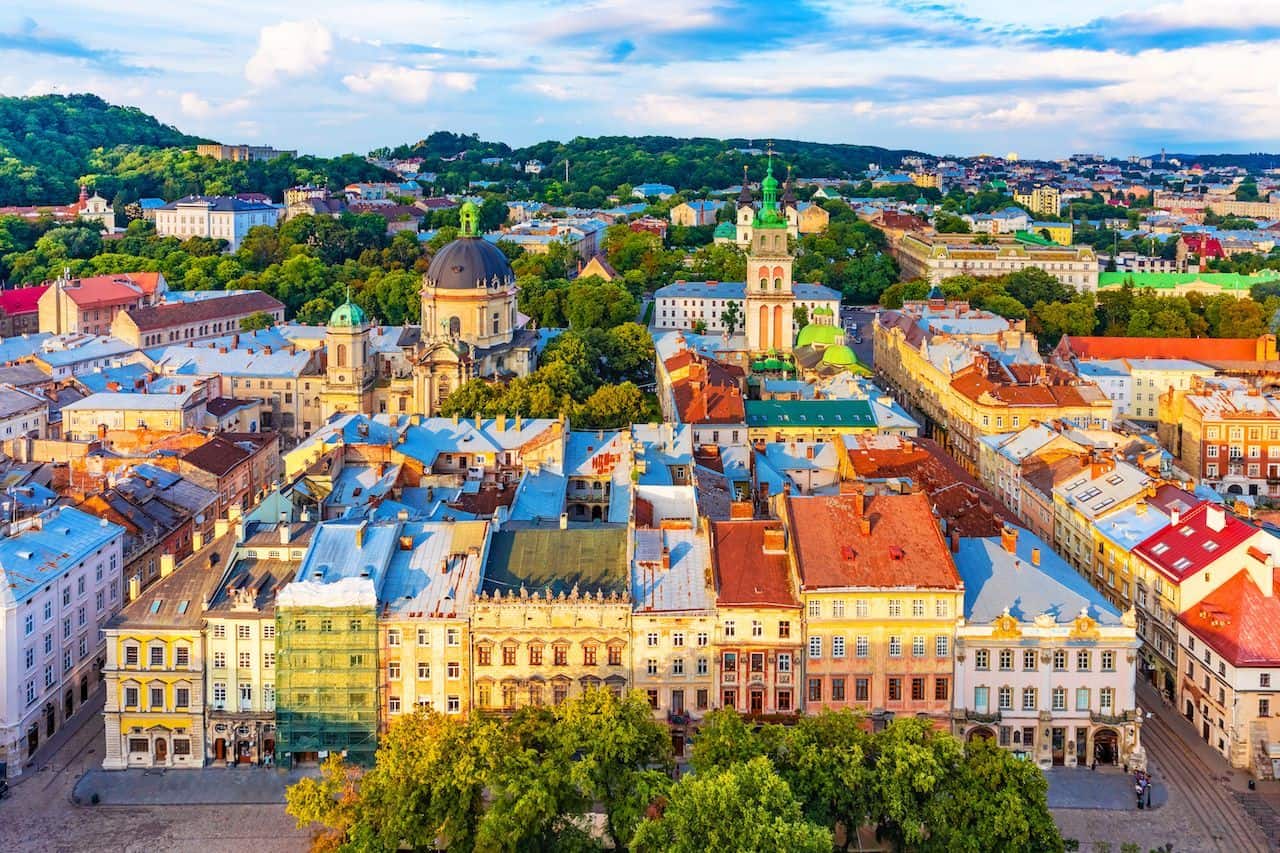 Lviv, Ukraine: a new outsourcing hub for IT services

Due to high costs and a lack of qualified resources in Western countries, many businesses started to look for ways to improve their ROI and their net development products. In this case, software outsourcing proved to be the best ever business solution.

An increasingly common trend in business is to outsource software development. As a result of this business model, US  companies and companies in other Western countries have been able to  maintain their software development quality and lower their development  costs at the same time. While there are many examples of offshore R&D centers that are successfully operating today, like Nextiva, SimCorp, Samsung, and  other world-class firms that have managed to optimize certain processes and develop mission-critical applications, it is not practical or feasible to set up offshore R & D facilities in the majority of cases. In this particular case outsourcing is the best solution ever.

A Deloitte survey shows that 80% of organizations worldwide outsource their IT services. Linkedin research results brought the following statistics - 4,350 results for .Net developers in Ukraine, 4,140 – in Poland, 2,200 – in Romania, and 811 – in Bulgaria. When hiring, you need to hire people with the same expertise and attitude as you or those you have  previously hired who have created products that have aided global leaders.

How can Nearshore Software Development reduce your development costs and shorten your product's time-to-market?

One question remains the same: how might one go about finding a true outsourcing arrangement?

When you're purchasing anything that goes beyond a great printed shirt, or a new camera for an upcoming vacation, there can always be a  range of limitations. As mentioned earlier, limitations can arise from a variety of factors, such as after-sales support, cost of delivery, compliance with local regulations and standards, as well as a host of other concerns.

In spite of the fact that software is, in most cases, custom-free and easier to deliver than commodities, or industrial goods, there are still a number of limitations and, to make matters worse, pitfalls to be aware of. If you make the wrong choice, linguistic and cultural differences, time zone differences, and even your own personal and professional experiences can stand in your way of success.

Therefore, it is usually preferable to choose the origin (the source that will meet your outsourcing needs) that is closer to your geographical, cultural, and time zone proximity, whether it is exotic commodities to be shipped from exotic faraway places or sophisticated industrial equipment to be serviced by an expert in your region.

East Europe has successfully maintained its position as an immensely popular global outsourcing destination despite stiff competition from several ubiquitous software outsourcing locations that offer big cost savings as a bargaining chip and whose IT giants employ thousands of IT developers worldwide. Additionally, it has become the instant, natural choice for a large number of Western-European businesses, who are thrilled to find easily controllable, reliable, and cost-effective outsourcing arrangements within their reach. A number of synergies have proven particularly productive since they have been discovered.

Throughout the last decade, the United States, Canada, Israel, and, most recently, Australia have been the main sources of software development projects for Ukraine, which has traditionally been considered a rich market for South-East Asian  software development firms. Similarly, Poland, the Czech Republic, Bulgaria, Hungary, Belarus Romania and all other Eastern-European countries have become popular outsourcing destinations. The IT sector in Central and Eastern Europe competes successfully with far larger overseas rivals.

So when it comes to Central and Eastern Europe as an outsourcing destination, what are the factors that have created this growth? Does your business benefit from the presence of these factors if you outsource? While considering IT outsourcing to Eastern Europe, you may want to take into account the following factors as we are a company that has been providing software outsourcing services to clients throughout the world (Western Europe, the US, and the Middle East) for quite some time.

If you operate in Western Europe, outsourcing to Eastern Europe may be the best option for you since, in most cases, nearshore outsourcing proves to be more efficient than offshore outsourcing. The first advantage of nearshoring is that it allows travel along familiar routes. By visiting your nearshore development team more often, you are able to have a better grasp on how your project is being implemented.

In the event that you are looking to establish a long-term partnership with your outsourcing company, Eastern Europe is a better choice than very remote offshore because of the following: It is easier to form a professional relationship with your outsourcing company if you are relatively close by and not a 24 hour-long flight away. Notably, major players in the IT outsourcing market that originate from South Asia seem to have taken notice of the convenience and greater suitability of nearshore software development for Western businesses. By setting up R&D facilities in the CEE region, these custom software development providers have built their business in the region for a while now.

One of the reasons Western-European companies outsource application development to CEE custom software providers is the impact of the increasing popularity of the Cloud on  project  delivery. Furthermore, if your cloud-based project is being outsourced, you should consider this: whenever software was previously developed elsewhere and then just transferred and installed on your end, now you must take care of its continuous delivery.

Unless your team can be in constant contact with you, this can be an extremely difficult process. Hence, from this vantage point too, nearshore outsourcing can be a better alternative than a faraway offshore development alternative.

In all likelihood, a custom software outsourcing partner's time zone will be an important determining factor in the selection process sooner rather than later. In fact, many countries have competent and, to varying degrees, reasonably priced offshore software developers.

The downside to this is if you do not communicate with your offshore development team very often, either because you are fast asleep or they are too, this type of arrangement is unlikely to succeed, or last long.

There are reportedly many good software developers in Vietnam, for example, a country, which, reportedly, has many Western-European companies outsourcing its app development.

CEE countries are ideal for partnering with companies from North  America, Western Europe, and even Australia. The majority of Central and Eastern Europe shares time with the U.S., so your development team can interact with you daily. Co-operating with a nearshore software provider in Central and Eastern Europe can be an even more beneficial strategy for businesses in Western Europe, allowing an even closer daily collaboration: Essentially, you can interact online with your nearshore software development team on a daily basis.  In the Middle East, and in particular in Israel, the same applies to businesses.

The EET time zone is even more ideal for Australian companies than it is for North American companies, as it allows for more working time overlap. Although Eastern European offshore IT providers have never been strong in terms of price when competing against their overseas counterparts, their value-for-money ratio has always been a strength.

In many Central and Eastern European countries, the population is relatively small, and the engineering tradition is longstanding. Moreover, the educational system ensures that technical students have a solid understanding of math and some other  sciences. CEE is also relatively inexpensive compared to some other outsourcing locations, of which it may even be slightly less expensive than some, and offers a large pool of highly-skilled talent with degrees in software engineering, QA engineering, and IT generalists.

The result is a university-educated engineer with a relevant BA, or MA technical degree, several years of relevant practical experience gained while implementing projects for Western or Middle Eastern clients, and a sufficient grasp of English to do their duties well. to your project.

Outsourcing IT to Lviv, Ukraine

Because of its geographic proximity and time zone, Eastern Europe has many advantages for everyone. Also, East-European software engineers are able to approach tasks creatively because of their engineering mindset and broad technical education. Rather than just following a client's blueprint, they try to come up with the best possible solution.

You would probably find a nearshore development team from Eastern Europe (for instance, one from Ukraine) very useful if you are a client seeking second opinions on how to accomplish your business or technical objectives. In reality, it's entirely up to you what you prefer.

Professionals in East Europe's IT and software development sectors have strong English speaking skills. Furthermore, German-Romanian is the language of choice for a majority of Eastern-European software developers. Despite the fact that they are not linguists, they will be able to acquire a working knowledge of spoken English pronunciation. Despite their non-native pronunciation, the accents in their speeches tend to be clear and easy to understand by the latter.

Additionally, it is worth noting that English is a very fluent language among the workforce at Ukrainian nearshore software development companies. Our experience has been that communicating with parties overseas has never been a problem.

There are many benefits to outsourcing software development to Eastern Europe, which we have already mentioned. If you want an awesome nearshore software development partner that is in sync with your business requirements, business practices, and geography, the CEE region can be a great choice - just make sure you pick the right company.

BitsOrchestra specializes in ASP.NET, .NET MVC, C#.NET, VB.NET, and all types of .NET content management systems, like Sitecore, Umbarco, Kentico, and DNN. Agile software development methodology in our projects allows you to continually evaluate how well your requirements are being implemented in practice. Throughout the project, we are partners with our customers. Transparency fosters trust and maximizes results.

.NET application development has always been highly in demand by our clients because of how reliable and convenient this framework is. BitsOrchestra offshore net developers can create almost any kind of application. Whether you are looking for .NET development for Windows or mobile development with .NET, you will get a quality end product when you partner with us. 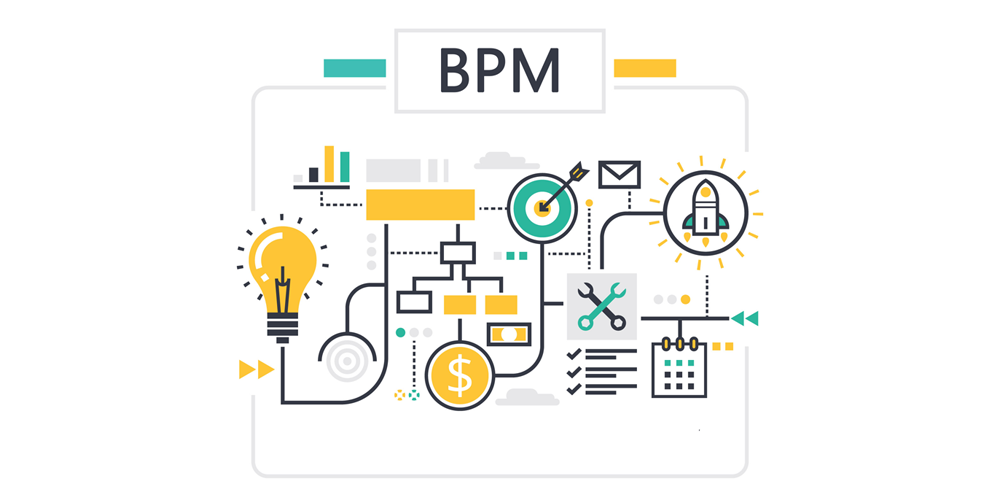 18 July 2021
How your business can benefit from BPM software development? More   > 11 July 2021
How to Outsource Your Agile ASP.NET Development to a High-Performance Team & Guide to working with outsourced developers More   >

06 July 2021
How to choose the best .Net CRM: Umbraco vs. Dotnetnuke: Which Content Management System is Best for Your Business? More   >
Back